Enzo Ferrari. He is the symbol of a generation of Italian entrepreneurs. Ordinary people with great hearts who did not attend prestigious universities, but were able to turn their passion for work into something extraordinary. Day by day with wit, intelligence, stubbornness, they believed you could achieve your dreams if you worked with commitment and determination. Their dream was not to become rich and famous, but simply to be the best. Because that is what you do when you love what you do. Every moment of the day you think about how to go faster. And then you just need to have the great courage to compete in the race, with the determination and the boldness of those who think that nothing is impossible. Enzo Ferrari was one of many, but certainly one of the best. One of those who have made the history of Italy. At the start he was turned down by the FIAT for the job as a general labourer. He proceeded, found employment elsewhere and began to race. Then he was asked to form a racing team for Alfa Romeo and after the war he founded his own team and his own carmaker, which became the most popular in the world. He was quiet and tough, strong and confident, really attentive to details and very obstinate. The “Museo Casa Enzo Ferrari” was opened in Modena this March 2012. It traces the phenomenal stages of this great man’s life with beautiful pictures and amazing old cars. It is a recognition to the extraordinary person, but also a celebration to his great Italian spirit. The same that has brought thousands of damaged small business owners to roll up their shirt sleeves after the earthquake of the past May and rebuild their own businesses, brick by brick. 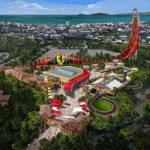