Italian Culture: the Journey Continues: making the announcement are large luminous panels bearing icons of Italy’s tradition and innovation located at bus stops in the U.S. capital. This is the catchphrase of the campaign under way in Washington. A new campaign, following in the tracks of the promotions for the Year of Italian Culture: from spots on national radio to ads on buses and in the metro, from billboards in U.S. airports to placards in Washington’s railway station. In 2013, we offered up a journey with an enticing itinerary through art and cinema, music and theater, science and design, and much more. A fascinating adventure through more than 300 events in over 60 cities in the U.S. Our message is clear. The journey continues this year. The schedule is once again intensive, especially as it coincides with an important event, Italy’s assumption of the Presidency of the European Council on July 1, and in view of another milestone event which sees Italy once again in center stage, Expo 2015 in Milan, centered on the theme of Feeding the Planet, Energy for Life. Europe is the main political and economic partner of the USA. Italy is a founding country of the EU and plays a crucial role in strengthening the transatlantic bond and developing it to full potential. One complex but indispensable goal is signature of the Transatlantic Partnership on Trade and Investment (TTIP), the future large free trade area between the EU and the U.S. which, according to recent studies, will bring increases in trade and gross domestic product of both sides. Despite the obvious advantages, many obstacles still stand. There is resistance on both sides of the Atlantic. One very sensitive issue, for example, is the matter of protected designations of origin that Europeans, and Italians in particular, would like to see protected in the U.S. as well. The reason, here again, is cultural. It is on the same order as protecting biodiversity. Just as various species of plants and animals are protected, we expect that many of the different products making up our unique assets be protected as well. This leads us back to Expo 2015 and its theme, which is at the same time local and global. The culture of food is deeply rooted in our history and our identity. Agricultural products and wines, icons of our lands, are the result of not only skilled craftsmanship and traditions but of innovation and creativity as well – the ability to preserve the DNA of our flavors, ensuring quality and strict compliance with today’s latest and most rigorous standards. At the same time, food is a global challenge, how to feed a world population that will reach 9 billion in 2050. We are very pleased that during his recent visit to Rome this past March 27, President Obama announced that the USA would participate in the Expo in Milan. The United States is an indispensable partner in all major issues affecting our planet. I mention these aspects because I want to underline how the success of 2013 has confirmed that culture, a fundamental tool of public diplomacy, is a means for promoting Italy’s image, for dialogue and for friendship. It benefits our economic system as well. It can continue doing so. The fact that the program of events was 80% financed by private funds demonstrates that culture offers companies an effective platform for visibility. It is not a cost; rather it is an investment. Even, and perhaps especially, in times of crisis. Strengthen the friendship between Italy and the U.S., showcase our cultural heritage, promote Italian technological excellence, foster tourism to our country, expand the learning of Italian, disseminate Made in Italy, generate further collaboration between cultural institutions. These are the goals inspiring our actions. And many fruitful collaborations were generated by 2013: agreements for future exhibitions between museums; accords with universities for exchange and joint degree programs; new foundations for the purpose of disseminating Italian art and talent; innovative projects to bring ancient Roman artifacts to be studied, restored, and exhibited by universities and museums; a new framework agreement for space cooperation between NASA and ASI; and two powerful contemporary sculptures (cover of the latest issue of Welcome to Italy) in the heart of Manhattan that stand as permanent legacy of the Year of Culture and symbol of the friendship between Italy and the United States. The success of 2013 also confirmed the value of teamwork and the importance of public access, especially for the many enthusiasts and fans, to information on Italian culture. This gave way to the idea of creating a single, all-inclusive showcase for cultural events taking place throughout the United States. The portal ITALYinUS.org is simultaneously a statement of fact and a work in progress. The fact is that a bit of Italy is always present in U.S. life: the family album; love of art, literature, music, and good food; a certain garment, car, or design piece; the emotional reaction to a movie or landscape; the thick network of collaborations in science and technology; the valuable network of partnerships between companies. Secretary of State John Kerry described this perfectly in remarks he gave while visiting Rome: «But in truth, Italian culture is everywhere in our country. I don’t know anybody who doesn’t dance to it, laugh to it, sing it, think about it, look at it, feel it, and everybody I know dreams always of coming to Italy at some point». The work in progress is to make Italy even better known. The Italy that is in all of us – Italians, Americans, other nationalities – as a source of inspiration and lifestyle. The Italy that is already here and becomes always more visible in the United States. The journey continues, then. While waiting for our American friends to visit us in Italy for the first time or for the umpteenth time, we want them to have lots of Italy here. Lots of new stopovers. And a new and exciting journey. 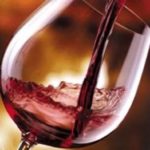