Maranello, 29 May 2014 – On the 23rd and 24th May Ferrari Moscow held the first of a series of celebrations dedicated to Ferrari’s 10th anniversary in Russia. Located in the Barvikha Luxury Village, which was decked out in red for the occasion, the event saw the announcement of a small number of F12berlinettas with exclusive Tailor-Made appointments specifically designed for local clients. At the same time the Hublot Big Bang Ferrari Russia limited edition watch was presented, with just 25 units being made. The F12berlinettas with exclusive Tailor-Made appointments are aimed at a small number of discerning Russian clients wishing to highlight the exclusivity of their cars. Two new body colours will be available with red coachlines on the flanks and wing mirrors. The interior will feature prestigious Poltrona Frau “Soul” Collection leather trim, with contrasting red piping. On the 24th May a cocktail party and gala dinner were organized for passionate Russian clients. Over twenty guests arrived in their Ferraris, including a legendary F40. Special guest for the evening was the 2013 FIA World Endurance Championship winner, “Gimmi” Bruni, who assisted clients trying their hands at the F1 race simulator and explained how he is preparing to fight for his second consecutive championship title at the wheel of the AF Corse team 458 Italia. He also talked about the upcoming round of the championship at the legendary 24 Hour of Le Mans. The clients also had the opportunity of watching the live broadcast of the Monaco F1 Grand Prix qualifications and race.

Maranello, 29 May 2014 The Ferrari F12berlinetta has been awarded the Compasso d’Oro (Golden Compass), one of the oldest and most prestigious international design accolades. Accepting the award on behalf of Ferrari in the Officine Ansaldo exhibition hall in Milan was Ferrari’s Senior Vice President of Design, Flavio Manzoni. In presenting the award, the ADI design jury praised the F12berlinetta for its flowing, dynamic forms that use innovative aerodynamic solutions in a true marriage of technology and aesthetics. Designed by Ferrari’s Styling Centre in collaboration with Pininfarina, the F12berlinetta is the most powerful, high-performance Ferrari road car ever built and epitomises the perfect balance between maximum aerodynamic efficiency and the elegant proportions typical of Ferrari’s front-engined V12 cars. This important accolade is not the first for Ferrari. In 2001 Luca di Montezemolo received the Compasso d’Oro for the company’s achievements as an innovative industrial and engineering reality. Ferrari was praised for its incessant technological research and its universally-acclaimed aesthetic excellence which is the result of an entrepreneurial culture which puts the requirement of the people who work at the factory, and the working environment in general, at the heart of all developments. This year marks the 60th anniversary of the Compasso d’Oro Award, which was instituted to recognise and promote Italian design excellence. The award ceremony is held every three years by an international jury of designers, specialists, historians and journalists, and just 20 awards are assigned to those products that, in the previous three years, have been judged to exemplify Italian creativity and expertise.

Maranello, 16 August – At the Bonhams auction, records were shattered as the 1962 Ferrari 250 GTO, chassis number 3851 GT, was sold for $38,115,000 USD. This is the most ever paid for an automobile at auction, underscoring the unrivaled desirability for Ferrari in the collector car market and the continued dominance of the brand at auctions worldwide. This Ferrari 250 GTO is now, effectively, the most valuable and coveted car in the world. This car was the 19th Ferrari GTO to be completed and was invoiced on September 11, 1962. It was originally finished in metallic pale grey with lengthwise red, white and blue centerline stripes when acquired by its first owner, French privateer Jo Schlesser, who was also a Formula 1 driver. Its last owner was Italian Fabrizio Violati and the car was part of his Collezione Maranello Rosso. No other mark is commanding attention and achieving such spectacular values so far in Monterey like Ferrari, with total Ferrari sales at Bonhams totaling just under $65 Million USD. 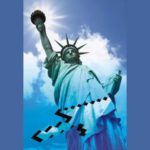 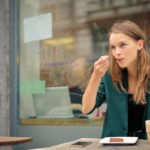 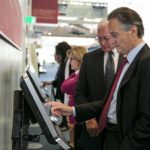