New York, February 22 – With the participation of over 300 of the most famous and important American wine and food editors, the 31st edition of the GALA ITALIA took place on February 18th at The Pierre Hotel in New York.

The challenging and prestigious event reached an unprecedented success as it celebrated leading personalities who have dedicated their lives and careers to food and wine. Their accomplishments were further underlined by the president of the Italian Wine & Food Institute, Lucio Caputo, during his widely-applauded welcome remarks, in which he also highlighted the success achieved by Italian wine in the U.S., with over 3.5 million hectoliters for a value of $1.5 billion exported to the U.S. in 2015.

This year, the GALA ITALIA featured a tasting of select wines from major Italian wineries (particularly those that appeal more successfully in the American market) and a Gala Dinner composed of nine great wines paired with a five-course menu, which was specially designed to give maximum emphasis to the wines. Throughout the evening, awards were presented to some of the personalities who have contributed most to the affirmation of Italian wines.

Receiving the Italian Wine Excellence Award – to the applause of more than three hundred guests crowding The Pierre Hotel’s elegant Ballroom – was Adam Strum, Publisher and Editor of Wine Enthusiast, who, after taking a trip to Verona with Dr. Caputo to visit Vinitaly (in the 1980s), discovered Italian wine, which he has since then always emphasized.

The Wine Leader Awards were presented to John Mariani, the well-known journalist and author of best-selling books, including How Italian Food Conquered the World; Florence Fabricant, the famous New York Times reporter and icon of American journalism; and Mary Ewing-Mulligan MW, the director of the International Wine Center and the first American woman to be awarded the title of Master of Wine. Among the restaurateurs rewarded were Sirio Maccioni, who has elevated Italian gastronomy to unprecedented levels, and Fabio Granato, who, with Vittorio Assaf, spread high-quality Italian wine and food across the world through their restaurant Serafina.

In their remarks, all the award recipients stressed that Italian wines have become part of their lives and thanked the IWFI President for giving them, over the years, the opportunity to discover and appreciate them. Particularly flattering were the comments made by Wine Enthusiast Editor Adam Strum.

With tickets selling out a week in advance, the GALA ITALIA was strictly reserved to the most qualified American wine and food press, and thus saw the presence of the hundreds of the most important TV and print journalists, including guests from Wine Spectator and Wine Enthusiast, as well as many distinguished authorities, such as Consul Isabella Periotto and FDNY Commissioner Daniel Nigro.

In addition to the wines presented during the Wine & Food Tasting, guests were served nine high-quality wines that were briefly illustrated by the wineries’ representatives, all of whom had travelled to New York to attend the dinner.

Three thousand Luigi Bormioli Parma glasses were placed on top of special “Glass Mats” on the guests’ tables and illuminated by candlelight, giving a beautiful ambience to the ballroom and further emphasizing the wines.

The dinner was enhanced by a presentation of men’s fashion house, Eredi Pisanò of Rome, which enjoys great success in the American market thanks to its stylish, high-quality manufacturing.

Further emphasizing the importance of the GALA ITALIA – the longest running “Made in Italy” promotional event in the world (excluding fairs) – Mayor of New York Bill de Blasio provided a personal message offering his “many thanks” to and congratulating the Italian Wine & Food Institute, the participating companies, the journalists and the prestigious award-winning personalities.

A polished, colorful program detailing all the information on the event was specially prepared for GALA ITALIA.

The GALA ITALIA was organized by the Italian Wine & Food Institute under the patronage of the Italian Ambassador to Washington, and under the sponsorship of the Italian Ministry of Economic Development and the ICE – Italian Trade Agency.

NOTE: Attached are some photos in low resolution. A wide selection of photos are available

and can be downloaded. Higher-resolution images can be requested.

and the letter from the Mayor: http://iwfinews.com/event-program/ 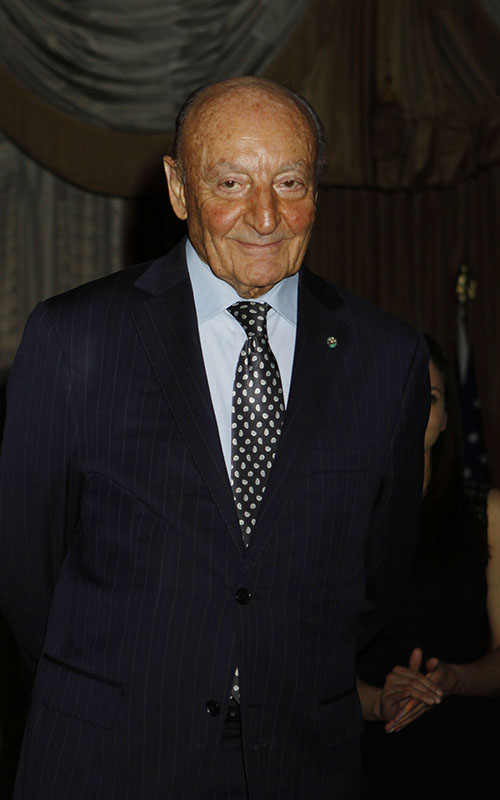