The book “Italians: Italian flag in Stars and Stripes” by Giovanni Pellerito and Peter Zullo was presented in New York on September, 5th, at the Italian American Museum, New York City. The preface of the book was edited by Professor Joseph Scelsa founder and president of the Italian American Museum, located in the heart of Little Italy in the southern part of Manhattan. “Italians: Italian flag in Stars and Stripes” wants to tell Little Italy through the eyes, the looks, the stories and the colors of Italians living the present Little Italy. It does this through the sensitivity of Giovanni Pellerito and Peter Zullo. Giovanni Pellerito, an expert on communications, founder and editor of Benvenuta Italia, has mapped what is most Italian in a cosmopolitan metropolis like New York, today, captured with the curious and refined eye of Peter Zullo, a photographer. A succession of passion, emotions, moods and ways of doing things that still give meaning  to a little more, Little Italy. Joseph V. Scelsa, summed up the work of the two authors with these words: “Italians: Italian flag in stars and stripes is a celebration of the spirit of Italian quality and love of life which has found its place in America through food, faith and family . Italians have had a long history and in the United States of America with names like David  Rodney and William Paca two signers of the  Declaration of  Independence from England in 1776, but it is their omnipresence today which serves as a constant reminder of the countless  hundreds of thousands who immigrated primarily from southern Italy in the late nineteenth and early twenty century and their enduring cultural legacy which lives on through their children and their childrens children in every aspect of the American society today. From the restaurant owner or the purveyor of fine Italian food  products  to the barons of industry , Italians have made their mark on America. Yes they came to create a better life for themselves and their children and they made it happen all the time leaving their mark. It has been said of Italians and America that they found it, named it and built it, but more then that they believed in it, not only as a land with great opportunity but a place were they could be free to be the creative talented dedicated people they are. After all it is in their DNA. Giovanni Pellerito and Peter Zullo have captured thieir  spirit of devotion to  quality  of life through pictures which make the Italian American Story come alive”. The editor Giovanni Pellerito, introduces the book with these words: “You can recognize Italian-Americans at first glance; they have that bold expression in their eyes, which look deep, bright, cheerful, nostalgic, careful, determined, sweet and longing to communicate their been Italian. Thanks to the satellite, every day they are attentive to any news items concerning Italy, to their national football team and their favorite team.  From the  manager to the worker, from the artist to the doctor, they are all united in the common denominator of being Italian in the heart and head.  If it’s true that America has done so much for the Italians in the boom years of immigration, it is also  true tand it must be said that these Italians have seasoned and spiced the   made in Usa economy and culture with their creativity from the beginning of the twentieth century. They hold prominent roles at the center of economic, scientific, cultural and politic life of their new country; in some cases, they have even given their lives for their new home. Before the advent of the internet, they suffered from not being able to get in their homeland their strength, their tenacity and their talent. Today the Italians of America are much happier than yesterday. Nowadays, thanks to social networks they can finally be reunited with that part of themselves that is still beyond the ocean. They can share their joys and their success, their creatures and their goals. Being able to put their “I Like” to the “posts” of their brothers, who live thousands of miles away from them, let a bright light turn up in their eyes and rises a unique smile. They are the Italians, the men and women who have colored Italian flag in stars and stripes!”

Peter Zullo tells this story of his inspiration:
“I grew up between trips of my father and stories of my uncle, who moved to New York to win his personal challenge and make, as he did, costumes for some of the most famous Broadway shows. Thanks to these stories, I have always felt a special connection to New York City in general and to Italian-Americans in particular. As an Italian, I am always curious to understand how it feels and what does it means to be an Italian who lives outside of Italy. Some might find it odd, but when I interact with Italian immigrants who live outside of Italy and I talk to them about their memories, values, believes, religion, food, and of course, Italy, I learn more about Italy from them, than from someone who still lives in Italy. These pictures are minded to celebrate these extraordinary amazing stories of ordinary Italian people”. 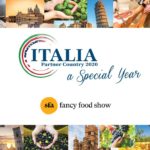 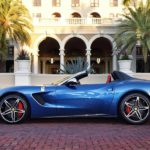