From Turin to Washington. From the Royal Library to the National Air and Space Museum, the U.S. “shrine” to aeronautics, space, and aviation history. The Codex of the Flight of Birds, Leonardo da Vinci’s masterpiece and one of Italy’s greatest natural treasures rarely seen outside its borders, has touched down once again in the States. After a long absence, the historic Renaissance document that pioneered the path toward artificial flight is on display in surroundings that could hardly be more ideal. Made possible under the banner of the Year of Italian Culture in the USA, the Italian Ministry of Foreign Affairs initiative to promote past and present excellence, this exhibition of the world’s most famous notebook reveals also the ideal symbiosis of art and genius 18 pages of sketches and notes on mechanical flight and bird flight and behavior dating between 1505 and 1507 in Leonardo’s famous “mirror writing”. Officially unveiled at the Smithsonian National Air and Space museum this past September 12th, the Codex has joined Michelangelo’s David Apollo at the National Gallery of Art, the Boxer at Rest at the Metropolitan in New York, and the Madonna di Senigallia by Piero della Francesca at the Boston Museum of Fine Arts, one of the most highly anticipated and acclaimed exhibits in the USA in 2013. In announcing the exhibition, the Museum’s Director, Gen. J.R. “Jack” Dailey, spoke of the great privilege of hosting the Codex, and on opening day, before a standing room only crowd of VIPs, he went on to say that “This extraordinary exhibit allows us to again revisit the history of flight through the discoveries of a genius that transcend time, from the 16th century to present day icons of aeronautics and space exploration”. It is a perhaps once in a lifetime opportunity for the many visitors, Americans and foreign alike, 8 million persons in 2012 alone, making it the most visited museum in the United States and the third most visited in the world. Italy’s Ambassador to the United States, Claudio Bisogniero, himself a great fan of flying and airplanes was among the first to enthusiastically welcome the exhibition, “Leonardo is the standard bearer of the great scientific and technological legacy Italy has left to the world”. “His Codex – he continued – is perhaps the most effective testament of the bond between technology and art”. His words summarize the shared relationship of creativity, art, and innovation, which is also the guiding thread leading of all the cultural festivities of 2013, lending even greater significance to the exhibition. “Bringing Leonardo da Vinci’s Codex to Washington in 2013, as we celebrate the Year of Italian Culture and 50 years of collaboration in space between Italy and America, means hosting a dialogue between the Renaissance and modernity, tradition and innovation”, added Ambassador Bisogniero. It was a pondered decision to have the earliest pioneer of flight in history, Leonardo, return to the USA at a time when space exploration is very much at center stage and orbital space tourism is set to resume and expand. “This initiative – the Ambassador explains to Benvenuta Italia – was also intended to draw attention to the contributions our country continues to make in the sector: in fact, one of our scientists, astronaut Luca Parmitano, is currently on mission at the International Space Station, and many of ISS components, the pressurized modules, for example, were designed, developed, and produced in our country”. In his welcome address at the National Air and Space Museum the Ambassador also applauded the United States, not only for its celebration of Leonardo’s genius but for its materialization of his great legacy into milestone achievements, which have confirmed its position as the longstanding world leader in technological innovation. To underline the point, he wore a Google Glass while making his remarks, the super high tech “wearable computer” and an ideal contemporary testament to the vision of progress conveyed by Leonardo’s life and work. As he noted, “With inspiration from Leonardo we are finding new ways to speak with the public and to make Italian culture better known, using the most advanced and innovative instruments at our disposal in all sectors”. One clear example is the direct hook up established between the International Space Station and the National Air and Space Museum. On the opening day of the exhibit, the audience was treated to a message from Luca Parmitano, as he floated in space with the banner of the Year of Italian Culture in the background, reminding of the excellences of the Bel Paese and its role in high tech sectors and how the Ministry of Foreign Affairs initiative is intended to bring them into the spotlight. In the United States and in the world.

Through October 22nd, the Codex, a small, very fragile document, will be on exhibit in a specially designed secure case in The Wright Brothers & The Invention of the Aerial Age gallery, a permanent exhibition whose centerpiece is Orville and Wilbur Wright’s 1903 Flyer, the world’s first successful powered aircraft. For forty days, two spectacular works, the Codex and the Wright Flyer will share the same space, “communicating” across the centuries for the first time ever. It is this juxtaposition of past and present and the leitmotif of the installation that highlights how Leonardo’s early studies have influenced, and in certain cases even conditioned, innovation in the field of aeronautics, even today. Peter Jakab, chief curator of the Museum and the exhibition notes, “Although he lived 5 centuries ago, Leonardo already had a clear vision of what the modern world would be like”. Suspended in the vast atrium at the entrance to the gallery, is a full scale model of Leonardo’s design for an ornithopter – a human powered flapping wing aircraft – as it appears in the Codex. It is likely the oldest attempt to design a heavier-than-air flying machine powered by a complex mechanism that reproduced the flight of birds. The model, based directly on Leonardo’s design, was built by the Opera Laboratori Fiorentini and loaned by Finmeccanica to the museum in Washington specifically for the exhibition. The installation includes a series of interactive stations where visitors can virtually leaf through the 18 pages of the Codex and see how the seeds of the ideas that would lead to motorized flight were germinating in Leonardo’s vision centuries before the invention of aircraft. Da Vinci’s genius and his vision, together with the incredible history of the Codex itself (stolen numerous times before being definitively returned to Italy in 1983) are also the subjects of Il Volo di Leonardo, a video produced specifically for the event by RAI journalist Silvia Ros-Brusin – RAI is Italy’s public television network and media partner of the Year of Italian Culture in the USA. The exhibition, organized by the National Air and Space Museum, the Italian Ministry of Foreign Affairs, the Ministry of Cultural Properties and Activities, and the Embassy of Italy in Washington, was made possible by loan of the property from the Royal Library of Turin. The Director of the Turin museum, Giovanni Saccani, is rightfully proud of the loan’s approval, a major accomplishment at a time of extensive debate on the risks involved in transporting artifacts of such value. “The Smithsonian has provided all the guarantees requested to ensure that the Codex remain in the best possible conditions”. He has good reason to be proud. Leonardo’s Codex of the Flight of Birds is happily ensconced in the only museum in the world where everything evokes the astronomical legacy his work represents for subsequent generations. 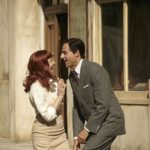 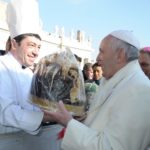 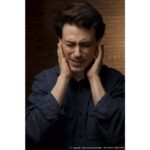