Over the past weekend, the Tudo é Jazz no Porto Festival dragged hundreds of people to the Armazém Utopia at the Rio de Janeiro’s Harbour, Brazil. The International Jazz Festival was a huge success and exceeded all expectations of its curator, Maria Alice Martins. On Saturday, December 14, the Brazilian quartet Cobra Coral, its first attraction, opened the event performing “Lágrima do sul” by Brazilian songwriter Milton Nascimento and Ebony and Ivory by Paul McCartney, as a tribute to Nelson Mandela. It also featured Brazilian singer and actress Alessandra Maestrini, José James, American singer and composer and Afro Jazz, Brazilian band, mixing jazz, groove, reggae and afrobeat. On the second day of the Tudo é Jazz no Porto Festival, Sunday, December 15th, the Italy Jazz Brazil Stage was opened by Brazilian singer Rita Lima, well known in Europe, especially in Poland and Portugal; followed by the Brazilian saxophonist Leo Gandelman who presented to the public “Vip Vop” his latest work, in which he retraces the best of Brazilian music from the 50s and 60s. The International Jazz Festival came to an end with a final flourish with the performance of the Italian drummer Gianluca Pellerito. Along with his band, Gianluca played a moving tribute to Herbie Hancock, one of the geniuses of jazz. In between concerts, the New York DJ Greg Caz, known for his affection for Brazilian music, made the audience dance to his beats.

A great talent, innate passion for music, the desire to improve that grows by the day, the world as a stage: here Gianluca Pellerito. Only 19 years old and an amazing career behind him, a natural predisposition for jazz, that propelled him into the international music world with his hometown forever in my heart: Palermo. A new job “Jazz My Way”, which the young artist is bringing around the world with his band. A tribute to the great Herbie Hancock, who has inspired since the first show Gianluca, who debuted with just a piece of Hancock “Cantalupe Island” and since then has remained in his life, that’s why he wanted to dedicate his first job as a band leading to him. The band is very tight-knit Gianluca: Michael Eckroth, Luca and Marco Meneghello Panascia are his traveling companions. Their relationship has grown over the years, more and more close friends, each of the components has played a major role in the growth of Gianluca. With Mark and Michael Eckroth Panascia in fact shared the stage at the Kennedy Center in Washington three years ago, one of the most important events of his young career, and with Luke Meneghello has shared the stage at the first concert at the Blue Note when he was just 15 years or the stage of the European jazz Festival. Gianluca is very young and despite his success, there is always a guy who lives everyday like all his peers, spending time with his girlfriend the friends and devoting his hobbies. Are now 11 years that the “jazz homegrown talent” travels the world and enjoys playing his music, is a continuous dream for him, a set of unique and unrepeatable emotions. So many important moments and international awards, such as at an exhibition at the Kennedy Center in Washington, on the express invitation of the Kennedy family. A unique experience for Gianluca, who remembers everything about that day, the trip from New York to Washington, rehearsals, concert and applause, one of the favorite moments for the artist. Another important and worthy of note are the 2012 Olympics in London, in which the band has represented Italy, performing during an event so special, international in scope. 5th July 2013, then, is the date of a significant milestone for Gianluca, which opens the opening night of Umbria Jazz, returning to Italy as a protagonist, on that stage where he took his first steps as a musician 11 years ago. Several musical influences and influences that inspire his sound, as Peter Erskine who was also his great inspiration in the battery and had the privilege of recording a CD live with him and the great Alex Acuna, recording took place during the concert at the Teatro di Verdura Three Drums Show that saw them as protagonists with the batteries and the large orchestra of the Fondazione the Brass Group . Gianluca’s jazz is very contaminated by Funk, Fusion, and from the sides, as is clear from his latest CD Jazz My Way, where the groove is the protagonist. Although it is projected to the world, Gianluca’s heart is in Palermo, he brings its town sun, joviality and fantasy. Of course it never stops, his future plans take shape to the “Berklee College of Music” in Boston, where he will obtain his degree. Among rhythm, emotions, and jazz, we were able to “steal” a comment to Gialcuca, immediately after the exhibition in Brasilia during the first night of the new tour, on December 13: “It’s wonderful to play in Brazil, the audience follows you, while sitting bailor, can see their faces and bodies to dance, they have music, sound through their veins and transmit you unique energy”. 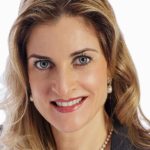 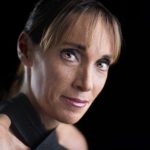