Renata Rainieri is an Italian movie producer although she had several other working experiences in her life. In fact she originally started as an actress. She was raised in Milan but has been leaving in Rome for over thirty years. She started as a theater actress at the Piccolo Teatro of Giorgio Streheler in Milan and as a mime at the Scala with Professor Abbado. She was also an entrepreneur in the fashion industry, marketing and advertising and in public relations for groups like Rizzoli spa. In addition she has been in business development of GBR TV and Publitalia. Ultimately she became TV and movie producer around 1980 when she met Ugo Tucci. He was an already established movie producer with a great track record including some hits like “Once upon a time in the West” directed by Sergio Leone with Harry Fonda and Charles Bronson. “ Duck you sucker” and many others movies in collaboration with the most prestigious directors from the 70’s onward. Among other films Renata did produced “Dramma Borghese” in 1985 directed by Florestano Vancini, “Aladin” with Sergio Caorbucci. “The door of the seven stars” directed by Pasquale Pozzessere and a TV series that has been very succesfull like “Famiglia in Giallo” with Ugo Tognazzi, “Un commissario a Roma” with Nino Manfredi and recently “Due mamme di troppo” that won the Roma film festival. Renata passion for the movies made her decide to distribute in Italy very successful foreign movies like “Katyn” who won the Golden Globe directed by Andrey Waida who won the Silver Ribbon and “Popieluszko” of Rafal Wieczynsk. This movie was presented at a special event with former president of Poland Lech Walesa at the Rome film festival in 2009. In 2010 she found an opportunity to a new challenge for a co-production (Italy, France, Poland, Romania and USA) of the movie “Closer to the Moon” directed by Nae Caranfil with an International cast that includes Mark Strong (Zero Dark Thirty, Tinker Tailor Soldier Spy, Green Lantern, Robin Hood, Sherlock Holmes), Vera Farmiga (the Conjuring, Safe house, Up in the air, The boy in the Striped Pajamas, The Departed) and Harry Lloyd (Game of Thrones, The Fear, Jane Eyre). Renata Rainieri explained the reasons why she decided to get involved in this co-production: “The first Reason was to produce a movie for an international audience shot in english like if it were a Hollywood production with European costs. That included all the benefit offered by the single countries involved in the shouting. The second reason was about History and Culture. The Story in the movie portraits a group of intellectual Jews that had fought the Nazis and became strong believers in communism. However later they felt betrayed by the communist party and decided to sacrifice their lives in order to fight back the oppressing regime”. The true story takes place in Bucharest in 1959. We are in the middle of the “Cold War” in the Communist Romania where the regime is one of the most repressive in the Eastern Europe. The government and the communist party are under shock after a gang pretending of shooting a movie robber the bank of Romania. Millions of Lei are taken. This kind of event didn’t happen in a communist eastern Europe. It is a slap to the government and an embarrassment for the police and the secret service. The robbers are hunted and finally four men and a women get arrested. Who are they? Surprise. They all are heroes of the resistance movement of world war II, all members of the Romanian high society and of the communist party. All below forty years of age, Jewish who most probably knew were going to die if caught.; the question is why did they do it? After one year of investigation and a long trial the bank robbers are sentenced to death. However, before the execution takes place the government decides to make a docu-film reenacting the robbery as a communist propaganda and as a deterrent for others to try to emulate them. This movie propaganda made in 1960 still exists and it is interpreted by the actual robbers. And it is during the reenacting of this movie that we get an understanding of why they did it and about their lives, the sense of history and in truth the first snubbed to the communist regime. But this is not all. The movie also show a tender relationship in a dramatic settings and with a twist of suspense. Sometimes funny, the movie showcase a surprising ending full of hope and humanity. Nae Caranfil, the director, is a storyteller who was able to combine comedy and drama. All his films are a love letter for the movie industry. The lead actress Vera Farmiga during an interview on “La Repubblica” said that being out of your own country and working with other cultures is very important. She added that in Italy she met the producer Renata Rainieri who gave her and the other actors an unique opportunity and she appreciate anyone who invest in beautiful stories despite the crises. The Rainieri Group is committed to expand their Movie and TV production business in the USA and they opened the Rainieri Group USA which is headed by Riccardo Rainieri. 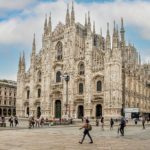 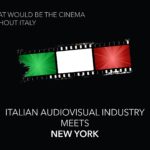