From February 21, New York has woken up with an “Italian Noise”, a noise coming from 1071 Fifth Avenue, Guggenheim Museum, that is the noise of Italian Futurism. The word “NOISE”, so dear to Luigi Russolo drafter of “L’arte del rumore: Manifesto Futurista”, stands for sound, music, passion, life, harmony, progress, in one word noise is the symbol of the Futurism. From February 21 through September 1, 2014, the Solomon R. Guggenheim Museum presents Italian Futurism, 1909-1944: Reconstructing the Universe, the first comprehensive overview in the United States of one of Europe’s most important 20th-century avant-garde movements. Featuring over 360 works by more than 80 artists, architects, designers, photographers, and writers, this multidisciplinary exhibition examines the full historical breadth of Futurism, from its 1909 inception with the publication of Filippo Tommaso Marinetti’s first Futurist manifesto through its demise at the end of World War II. The exhibition includes many rarely seen works, some of which have never traveled outside of Italy. It encompasses not only painting and sculpture, but also the advertising, architecture, ceramics, design, fashion, film, free-form poetry, photography, performance, publications, music, and theater of this dynamic and often contentious movement that championed modernity and insurgency. An extraordinary exhibition about Italian Futurism invading and contaminating, with its timeless force, the streets of Manhattan. The cold and the rain, that accompanied this last winter in New York -the coldest in the past 100 years- did not seem to worry who had to wait outside the museum, queuing for hours, just to see “the color, the shapes, the art of the New, the New Italian”. An exhibition with several meanings, where words like optimism, progress, freedom, action and passion are full of visual representations, and the more you go up the spiral stairs of the museum, the louder is the scream of the Italian avant-garde, so beloved by Peggy Guggenheim. The exhibition is organized by Vivien Greene, Senior Curator, 19th- and Early 20th-Century Art, Solomon R. Guggenheim Museum. An international advisory committee composed of eminent scholars from many disciplines provided expertise and guidance in the preparation of this thorough exploration of the Futurist movement, a major modernist expression that in many ways remains little known among American audiences. This exhibition is made possible by Lavazza. Support is provided in part by the National Endowment for the Arts and the David Berg Foundation, with additional funding from the Juliet Lea Hillman Simonds Foundation, The Robert Lehman Foundation, and the New York State Council on the Arts. The Leadership Committee for Italian Futurism, 19091944: Reconstructing the Universe is also gratefully acknowledged for its generosity, including the Hansjörg Wyss Charitable Endowment; Stefano and Carole Acunto; Giancarla and Luciano Berti; Ginevra Caltagirone; Massimo and Sonia Cirulli Archive; Daniela Memmo d’Amelio; Achim Moeller, Moeller Fine Art; Pellegrini Legacy Trust; and Alberto and Gioietta Vitale. This exhibition is supported by an indemnity from the Federal Council on the Arts and the Humanities.

About the Solomon R. Guggenheim Foundation

Founded in 1937, the Solomon R. Guggenheim Foundation is dedicated to promoting the understanding and appreciation of art, primarily of the modern and contemporary periods, through exhibitions, education programs, research initiatives, and publications. The Guggenheim network that began in the 1970s when the Solomon R. Guggenheim Museum, New York, was joined by the Peggy Guggenheim Collection, Venice, has since expanded to include the Guggenheim Museum Bilbao (opened 1997) and the Guggenheim Abu Dhabi (currently in development). Looking to the future, the Guggenheim Foundation continues to forge international collaborations that take contemporary art, architecture, and design beyond the walls of the museum. More information about the foundation can be found at guggenheim.org. 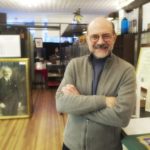 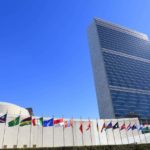