By agor
Share
Share
Growth and employment, a space for freedom and security, full exercise of citizenship rights and a stronger role of Europe in the world: such are the priorities of our Presidency programme.

Europe for employment and economic growth
Improving economic growth and employment prospects mostly depends on the future of the European integration process. The Italian Presidency will endeavour to place growth and employment at the centre of European policies and to define an economic framework capable of encouraging structural reforms within member states. Real economy, “industrial renaissance”, with a particular focus on SMEs as well as energy and climate policies for 2030 will be at the heart of growth initiatives. The Italian presidency will work to strengthen the European Economic and Monetary Union and reduce the serious social “spread” in European societies, to finance growth and support investments in sectors that are key for the future of our children, such as environmental protection, infrastructures and digital services. Italian Presidency will focus on sustainable development issues also through the creation of positive synergies with Expo Milano 2015, whose central topic is “Feeding the planet. Energy for life”.

Europe will be closer to citizens: a space for democracy, rights and freedom
Being European citizens today means removing obstacles and procedures which make active citizenship senseless and generate frustration. Accountability, digitalisation, transparency and less red tape are the answers to those who wish Europe to be closer to its citizens. It is crucial to ensure the good functioning and loyal cooperation between institutions so that these can operate rapidly and effectively. The Italian Presidency will promote a more active role of the European Union in areas where the European initiative adds value, such as protection of fundamental rights as well as migration and asylum policies. In this context, the Italian Presidency intends to work at developing a genuine solidarity at a European level and promoting a European migration policy.

A new impetus to the European Union’s foreign policy
The Arab springs and the Ukrainian crisis show that Europe cannot ignore historic events happening at its borders. Italy will strive for EU external action to be credible, consistent and equipped with the necessary tools to address global and regional challenges. The Mediterranean is a vital space for Europe. The migration emergency forces Europe to adopt instruments and common policies to tackle this major phenomenon of our time. If we look at our neighbouring countries, enlargement still is a strategic priority for the Italian Presidency. Accession negotiations with Western Balkans will then be encouraged and we will work to give new impetus to the negotiations with Turkey. As to the Union external action, the neighbourhood policy is an essential tool which requires a global and coherent approach as well as coordination with all EU policies from South to East. More generally, the Presidency will support bilateral trade negotiations and investments with strategic partners and emerging economies, such as the Asian ones which will be the focus of the ASEM summit on 16-17 October. 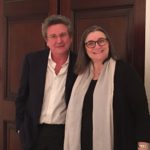 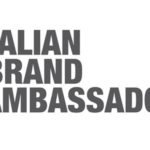 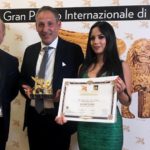