Exactly one year ago, December 12, 2012, Michelangelo’s David-Apollo made his triumphant return to Washington, to the National Gallery of Art, for a second greatly anticipated show almost fifty years after the first. Officially, it was the inaugural event of the most important initiative dedicated to the great art and excellences of the Bel Paese ever held overseas: the Year of Italian Culture in the United States, twelve intense months of events promoted by the Ministry of Foreign Affair to bring the best of Italy of today and yesterday to the American public. The Year – “a great success”, as pointed out enthusiastically by the Italian Ambassador to the U.S. Claudio Bisogniero has drawn to a close. But everything suggests that no one on either side of the Atlantic really wants to turn that last page of the calendar. The fact is that never before as in 2013 has the U.S. public had so many precious opportunities to admire, on their shores, so many works of art with a capital “A”. The closing, and let’s just call it the formal closing event of the Year was the unexpected and welcome arrival of a marvel from ancient Rome and one of the most valuable pieces held by the Capitoline Museums, the Dying Gaul, a marble sculpture over 2 centuries old modeled on a bronze attributed to Epigonus. The statue, which depicts a mortally wounded warrior as he takes his final breath, was described as “a deeply moving tribute to the human spirit” by the National Gallery’s Director, Earl A. Powell, in his opening remarks this past December 12 as the museum opened its doors to what he termed a “universally renowned masterpiece”. This is the first time that the Dying Gaul has left the Capitoline Museums since its requisition in 1797 by Napoleon and its return to Italy in 1816 after the fall of the empire. So it comes as no surprise that the Wall Street Journal described the exhibit as a “coup” for the National Gallery: “a touchstone of art history… an icon of antiquity once coveted by everyone from Nero to Napoleon… that has left Italy for the first time in nearly 200 years”. Equally admiring reviews appeared in other major newspapers like the Washington Post, which noted that “there are few statues more celebrated than the Dying Gaul and even fewer that can equal its emotional power”, while the New York Times referred, perhaps somewhat begrudgingly to “the historic loan in Washington DC.” .The Washington Post is also careful to note that the public is well aware of the great difference between seeing a photograph of the statue in a book and seeing the real thing. In fact, the media and the NGA have predicted that record numbers will turn out to view this “exclusive showing” that is open to the public until May 16, especially because of the holiday season. Formally titled The Dying Gaul: An Ancient Roman Masterpiece from the Capitoline Museum, the exhibition’s opening drew a VIP guest list from major U.S. media, the diplomatic world, and prominent art critics. Among those in line to view the statue was Nobel Prize in medicine Louis Ignarro, who made a special trip from California to see the exhibit and the accompanying delegation from the Capitoline Museum, which included his former research colleague and now Mayor Rome, Ignazio Marino, and the Capital Superintendent of Cultural Heritage, Claudio Parisi Preston. The staging of exhibition did not disappoint. The “marvel”, resting on a pedestal and illuminated by a beam of light, is crowned by a beautiful copy of a Roman view painted by Giovanni Paolo Panini in the mid-18th century is majestically centered in the Gallery’s large Rotunda, surrounded by commanding columns in green marble from Tuscany. While rare in U.S. museums, the atmosphere is evocative of an ancient temple, closely resembling the Pantheon. In its new “location”, it can be admired by Americans and also by tourists from around the world whose visit to the U.S. will be capped with an extra bonus. “I could not be more not be more proud than to bring here one of the most important statues of the Capitoline Museums”, remarked the Mayor of Rome, Ignazio Marino, who accompanied the sculpture on its very first travel overseas. Actually, the delegation from the Capitoline has entrusted the emotional power of the Galata with a far greater challenge: to draw the world’s attention to Rome’s extraordinary heritage, “a heritage – repeats Marino that belongs not only to Rome but to all of humankind”. In fact, the National Gallery of Art is the backdrop for his worldwide appeal that preservation of Rome’s treasures be a responsibility of not just the local community but a commitment shared by everyone. As the Mayor rightly points out, there is the possibility of channeling the great interest in Italy that has been demonstrated, especially by the United States, and new resources as well in order to return the Eternal City to center stage internationally, starting with the recovery and restoration of its historic properties. And in this challenge, the Dying Gaul will certainly play an important role.

Claudio Bisogniero was born in Rome, on July 2 1954. After graduating with a Degree in Political Science from the University of Rome (1976) with a dissertation in International Economics, he completed his military service as an Officer in the Italian Army in 1976-77. He entered the Italian Foreign Service in May 1978. In September of 1981, he was posted to the Embassy of Italy in Beijing as First Secretary for Economic and Commercial Affairs with responsibility also for bilateral and multilateral development co-operation programs with China. From 1984 to 1989, he served at the Permanent Mission of Italy to NATO in Brussels, as Counselor with primary focus on disarmament and international security issues. He also served as a Delegate to the Senior Political Committee. In 1989, he returned to Rome and was assigned to the Office of the Diplomatic Adviser to the President of the Republic, Francesco Cossiga, where he remained until April 1992. In this task, he covered a wide range of international issues, both bilateral and multilateral, relevant to all aspects of the international activity of the Italian President. From 1992 to 1996, he served at the Embassy of Italy in Washington, D.C. as First Counselor for Economic and Commercial Affairs, with special focus also on financial issues, relations with the IMF and World Bank, think tanks, and defense-industry co-operation. In 1996, he was assigned to the Permanent Mission of Italy to the United Nations in New York, with primary responsibility for political affairs and UN reform. During this period he served as a member of the Italian delegation in the UN Security Council in 1996 and as a member of the Italian delegations to the 50th, 51st, 52nd and 53rd UN General Assemblies. In 1999, he returned to the home office, serving first with the Division of Personnel and later with the Office of the Secretary General of the Ministry of Foreign Affairs, as direct collaborator to the Secretary General. In February 2002, he was appointed Deputy Director General for Political Multilateral Affairs – Deputy Political Director – responsible for NATO, United Nations, G8, disarmament, OSCE, anti-terrorism, and human rights. In June 2005 he was named Director General for the Americas, with responsibility for the relations of Italy with the United States and Canada, as well as with all the countries of Latin America. In October 2007, he took up his duties as NATO Deputy Secretary General, responsible for a variety of security and strategic issues on the Alliance’s agenda; he also followed the NATO Summits in Bucharest, Strasbourg/Kiel and Lisbon, and worked actively in the preparatory phase for the 2012 NATO Summit in Chicago. Named Ambassador of Italy to the United States, Ambassador Bisogniero presented his credentials to President Obama on January 18, 2012. 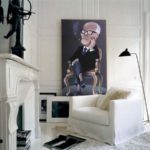 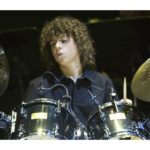 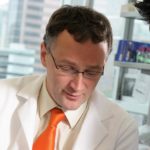 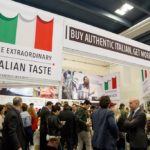