A country of beautiful hopes and great news: that is  Mexico today, an economy which is faced with epochal challenges. From the petroleo “weak” to the ambitious energy policies  but with all the cards in rule to win them. Among the most open markets in the world, it is the largest importer of Latin America, accounting for about 40% of import is intended for area, its demand for goods, from abroad, and growth in recent years, at a higher rate than the regional average. The prospects for the future are even more, thanks to the recent plans of reforms and liberalization put into the field by the government. Well aware of the major economic partners in Mexico, the US first and foremost, but also us Italians, eights suppliers at the global level, with other 3 billion euros of exported goods last year. We are ready to ride the opportunities offered by “tiger Aztec”. The best opportunities for the Made in Italy ranging from the automotive energy, from agri-food- Packaging without forgetting the goods of consumption and luxury, at a time when the exchange rate plays in our favor. According to estimates of SACE, our exports could earn well 1,2 thousand million Euros of new sales by 2018. Not by coincidence, in 2013 we were the first company to Export European Credit to open an office an international place under my representation, SACE, and became part of the business council Italo-Mexican, founded in the same year. The portfolio of operations guaranteed that SACE in Mexico is huge, of 1,4 thousand million Euros, with the new projects under study for $ 700 million Euros, and what impresses is the gears itself towards protagonism of SMES, alongside the large industrial groups. To them our Mexico City office offers all the help and support, a point of reference to explore the markets of Central America a point of connection with the company acquiring and identifying the products most suited to their needs and maintain a regular dialog. A frontier which today more than ever it’s worth exploring. 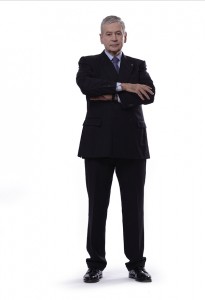 Giovanni Castellaneta has held numerous positions including that of Italian Ambassador to Washington (where he was also Permanent Observer at the Organisation of American States), Teheran and Canberra, Foreign Policy Advisor of the Prime Minister and his personal representative (SHERPA) for the G8 summits, Foreign Policy Advisor to the Treasury Minister, Spokesman of the Italian Ministry of Foreign Affairs and Deputy Permanent Representative of Italy to the International Organisations in Geneva. He was also Head of the Office for International Activities of the Italian Regions and Coordinator of the Reconstruction Programme in Albania. Mr Castellaneta served as Vice Chairman of the Finmeccanica Group and he has held the position of Chairman of the Scientific Committee of the Lazio Region for Innovative Technologies and Advanced Research.